A tour PYRAMIDS OF GIZA EGYPTIAN MUSEUM AND KHAN KHALILI 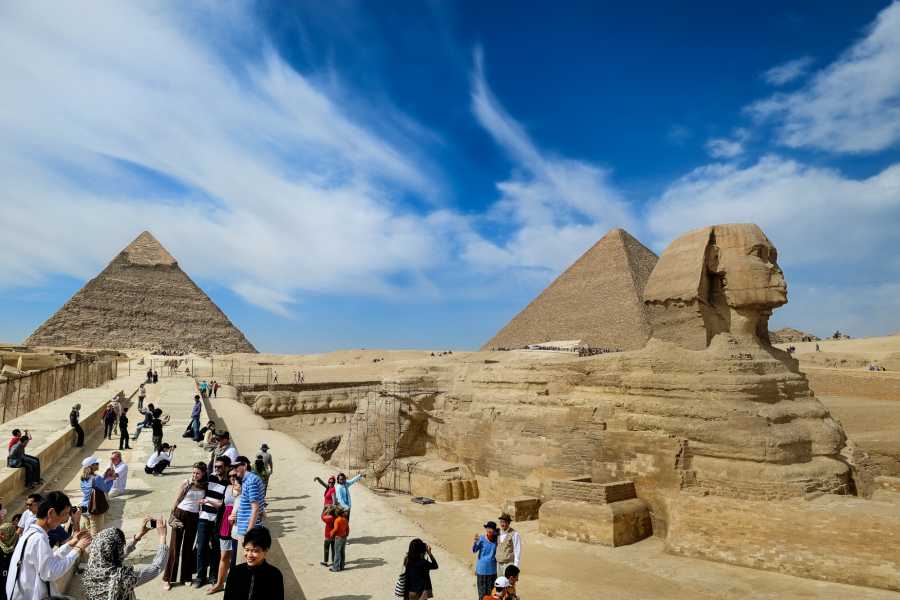 It is a beautiful tour to see the pyramids of Giza considered one of the seven wonders of the world. at the beginning we go to visit the pyramids of Giza, The pyramid of Cheops is the great pyramid in Egypt built from limestone (137 m high) It dates back to the ancient Kingdom 2560 BC. then the pyramid of Chephren and 'the second pyramid in Egypt still retaining with its top, then the pyramid of Menkaure. then you go to visit the sphinx located du front of the second pyramid. Then you can have lunch in a local restaurant. Then a break to see the Papyrus museum and The Bedouin House. At the end of the tour you can go to visit the Egyptian museum which contains almost 160000 artifacts dating back to the ancient Kingdom, the Middle Kingdom and the new Kingdom. Then Khan El khalili is a Fantastic Place dates back to the Islamic period you go for a ride there. At the end of the day you return to your hotel.

Prices are per person in Euro €